The purchase of local longtime Eastvale/Beaver Falls company, Izzo’s Embroidery & Screen Printing, is now official after having a very close business relationship for over 3 years. The two family-owned businesses will keep two separate names and locations will remain as is for the foreseeable future. Customers should expect no changes – only growth and improvements at both shops. 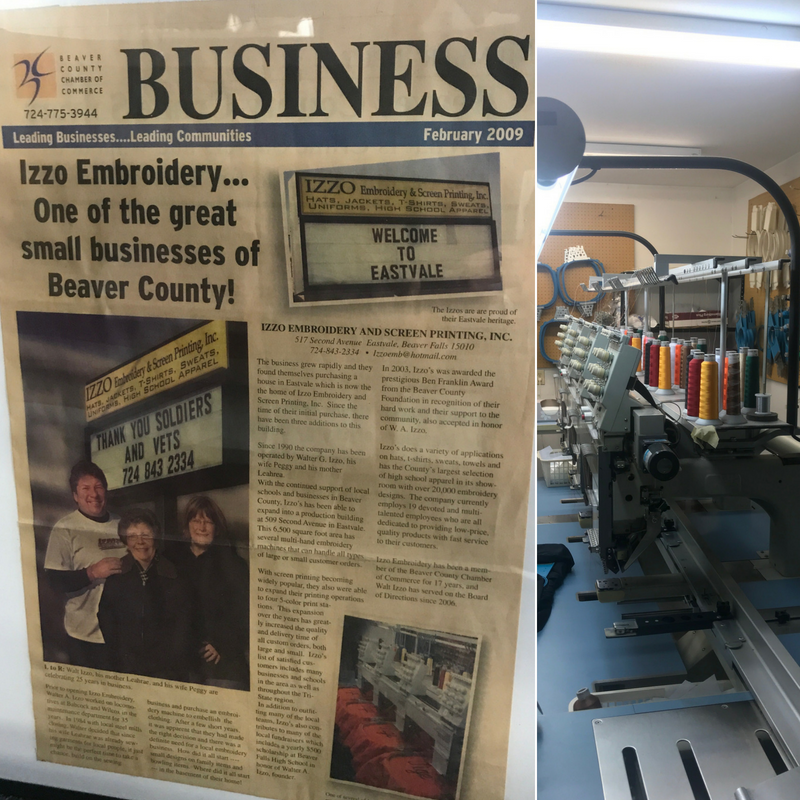 Izzo’s went into business in 1984 when Walter A. Izzo and his son, “Walt,” both lost their jobs at B&W after a combined 45+ years in the mill.  Walt’s mom, Leahrae, was already sewing clothing at the time, and his dad thought it would be a good investment to grow that business into an embroidery business.  After starting in their basement with just one machine, the business continually outgrew the new spaces they would acquire in Eastvale, PA.  Word of mouth was always the most successful form of advertising for this well-known family business that was built on trust, reliability, and hard work.

Venezie’s originally started on Portersville Road in Ellport; we were known to be the supplier of equipment, uniforms, and sportswear for many local sporting leagues and athletes alike.  After changing hands and our name for a while, Venezie Sporting Goods & Apparel made a huge comeback and opened our new doors within City Center Place on Lawrence Avenue in April 2015. These days when you enter the store, you’ll quickly notice that we are 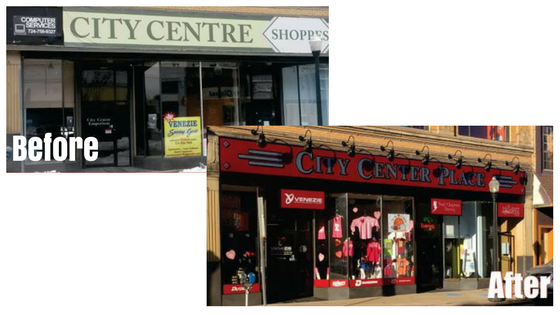 still supplying equipment for all types of sports from football to soccer to darts.  However, adding custom apparel services quickly became our focal point for growth and opportunity.  So, it is no surprise that when the new Venezie Sporting Goods & Apparel was up and running, we immediately considered Izzo’s a partner, as opposed to a competitor.

We began working together slowly, but our partnership continually grew stronger as time passed.  As Venezie’s quickly grew to become an industry leader in the tri-state area, our partnership with Izzo’s started to actually form.  Izzo’s shop began handling all the embroidery work, while Venezie’s took over screen printing.  We took orders for one another and employees were known to switch shops. A full acquisition was the natural next step in the growth of both Izzo’s and Venezie’s.

Walt is not retiring from Izzo’s, and employees from both businesses remain working.  For now, the two shops will maintain separate brand identities and locations under the direction of Venezie’s Store Manager, Vanessa Venezie.

Walt Izzo would like customers to know that they are “in good hands.”

In observance of #MartinLutherKingJrDay2022 we wil

These items can be found at our Izzo embroidery lo